This month’s Supreme Court confirmation hearings have highlighted deeply held fears that abortion rights are in danger. Netflix’s beyond-timely documentary “Reversing Roe,” about the decision at the heart of that controversy, feels flummoxed in its attempt to soberly condense a half-century of heated politics surrounding the ruling into a 90-some-odd minute film. 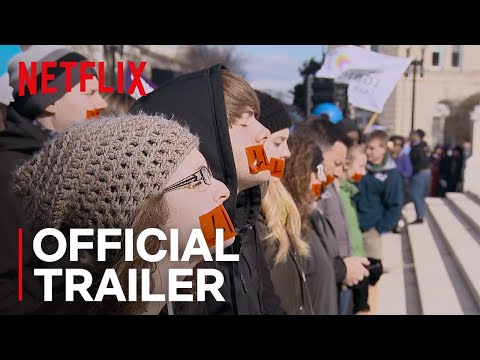 As the film notes, at the time Republicans embraced the concept of individual liberty, and largely echoed the argument that the decision to terminate a pregnancy was one best left to a woman and her doctor. That changed, however, as Roe became a rallying cry for evangelicals, who in turn became increasingly pivotal to the electoral fortunes of GOP candidates, starting with Ronald Reagan in 1980.

The result has been a decades-long campaign to overturn Roe, which conservative voices featured within the film readily acknowledge. Linda Greenhouse, an abortion historian who covered the Supreme Court for the New York Times, points out, “It took years of cultivation by very smart Republican strategists” to establish the current state of play, from coining “partial-birth abortion” (a political term, it’s noted, not a medical one) to maneuvering the Republican Party – and politicians like George H.W. Bush – to shift in its direction.

“If you’re running in Texas as a Republican, you have to claim to agree with pro-life principles,” says John Seago of Texas Right to Life.

While those ambitions have been thwarted in the inability as yet to overturn Roe, they have been successful both in tilting the Supreme Court’s composition and gradually chipping away at abortion rights at the state level across the country.

Where “Reversing Roe” stumbles, at times, is in the details, as it tackles the issue from a variety of angles – both on the macro and micro level, which includes Dr. Colleen McNicholas, an abortion provider whose clinic is perpetually under siege.

The course of that narrative, however, provides short shrift to or omits elements that seemingly deserve more attention. Off hand, those include legal quibbles about Justice Harry Blackmun’s original opinion, the role conservative media has played in ratcheting up the rhetoric in the context of incidents like the 2009 murder of Dr. George Tiller, and examples of hypocrisy on the part of certain politicians featured, among them Missouri Gov. Eric Greitens, who was forced to resign.

To their credit, the filmmakers incorporate an array of voices on both sides of the issue, taking their timeline practically to the eve of the Brett Kavanaugh nomination that’s currently roiling the debate.

“Reversing Roe” wasn’t destined to please everybody, simply based on the divisive nature of the subject matter. There’s also something to be said for bringing perspective to the conversation and trying to turn down the temperature – not an easy thing to do when the term “baby killer” is being tossed around.

Yet while the documentary sheds welcome light on Roe’s history – on the road that brought us to this crucial juncture –the filmmakers, perhaps inevitably, bypassed some key stops and turns along the way.